It is only now that my sister is heading to Copenhagen as we speak and asked me some advice on what to see that I realised that I never got around to writing my blog post about the highlights of Denmark’s capital. An absolute disgrace. Completely unacceptable. I know!

So as a Christmas gift to you all, here’s a two day itinerary with what I found the most interesting things to see and do in Copenhagen city center.

Last May, I spend two full days in the city center of Copenhagen and one a bit outside the city center discovering Kronborg Castle and Frederiksborg Castle. Visiting these places and all the sights within Copenhagen itself can get quite expensive. I had done some research on what I wanted to see and quickly decided that buying a Copenhagen Card would save me a lot of money and definitely make visiting the city a lot easier. The card also includes free use of all public transport (including to and from the airport) so that’s another added bonus. So if you want to follow this two day itinerary, I highly recommend buying a 48 hour Copenhagen Card which in 2017 cost 74 euros for one adult.

If I had to choose a highlight of Copenhagen, this castle and more specifically The Royal Reception Rooms would be it. It was actually the first thing I visited upon arrival in Denmark and immediately made me fall in love. There are many castles in Copenhagen – as you might have noticed already – but within the city center, this one was my favorite. Especially the library took my breath away.

Christiansborg Castle is located on the tiny island Slotsholmen and is home to the Danish Parliament and to the Royal Family of Denmark on festive events.

I arrived at Christiansborg right after opening time, so there weren’t many people around yet. I often found myself on my own in those beautifully decorated rooms. I guess that also adds to the experience. So make this your first stop of the day, and hopefully you’ll have most of the place to yourself as well.

Apart from the Royal Reception Rooms, the Copenhagen Card also includes access to the Royal Stables, the Dungeons and the Royal Kitchens. While they are nice to wander through, I wouldn’t have paid extra for it. But I’m happy that it was included so that I could take a quick look anyway. This way I didn’t have to wonder if I had missed out or not.

‘The Tower’ is the highest tower of Copenhagen (106 meter) and the best viewpoint over the city. It is a part of Christiansborg Castle and (for now?) still free to go up. There are only a limited amount of people allowed up at once so there might be a bit of a queue. I went up around noon and I think I had to wait about 20 minutes, which was definitely worth it. For those with a bigger budget, ‘The Tower’ also houses a restaurant so if you want to, you can dine with this beautiful view. 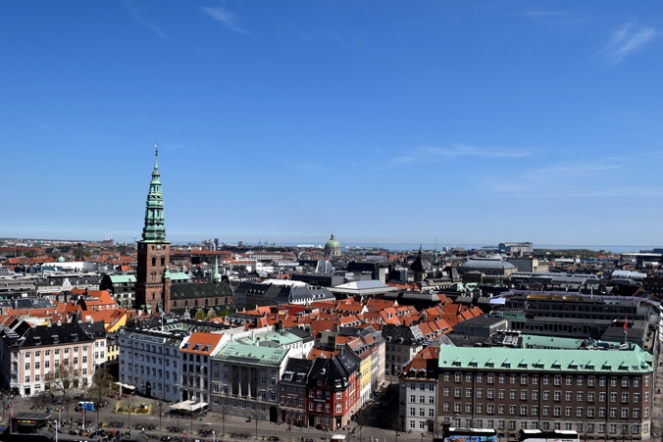 I visited two museums during my time in Copenhagen and most of it was spent in the National Museum. It’s the largest museum on cultural history in the country and houses so many interesting objects and curiosities. To my biggest surprise I spend quite a lot of time there. I’m usually not much of a museum person, but this one managed to get my attention. I guess it’s also because there were many beautiful decorated rooms which is my weakness.

Keep in mind that most museums are closed on Monday, so if you’re in Copenhagen on a Monday – as I was – you might have to change the schedule a bit. 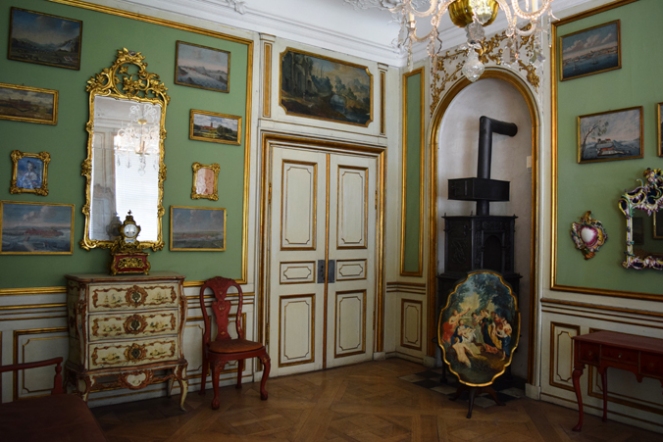 One simply can’t go to Copenhagen without doing a boat tour on the beautiful canals of the city. Luckily for us, the one hour highlights boat trip departing from Grammel Strand (close to Christiansborg Castle) was also included in the Copenhagen Card so off we went. A boat tour in a city like Copenhagen is always a nice way to see a lot of highlights while allowing your legs to rest a bit. The extra information provided by the guide is another added bonus.

For a grand evening/ night in Copenhagen one best heads to Tivoli Gardens. This amusement park right in the middle of the city center might be quite expensive, but it’s beautifully decorated and just so much fun. With it being found in 1843 it’s also a national treasure loved by locals.

The entrance to the park is included in the Copenhagen Card, but for the rides you have to pay extra. And those are quite expensive. If you plan to do a lot of rides, you better just buy a Multi ride ticket, which costs about 30 euros. Either way, you just have to go on the Wooden Roller Coaster which is the oldest of the park and one of only seven roller coasters worldwide with a brakeman on board. Such fun!

The statue of the little Mermaid is one of the first images that pops into everyone’s minds when one says Copenhagen. While immensely overrated, it’s a view you just can’t skip. Brace yourself for the crowds assembling before the statue to get their picture, or go early in the morning to avoid them.

While Christiansborg Castle is my favorite, Rosenborg Castle and the surrounding gardens have a lot to offer as well. This castle was built in the early 17th century and now houses royal art treasures and the beautiful crown jewels. There are also gorgeously decorated rooms that have the power to leave you breathless. Especially the top floor with the coronation thrones is most stunning. 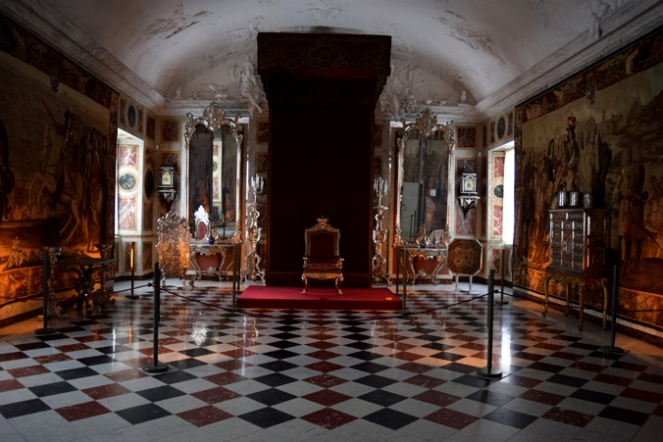 I didn’t visit either of those for the lack of time, but you definitely have to walk past these buildings and take in their architectural beauty.

Amalienborg Palace is the current residence of the Danish Royal Family. With Denmark being the oldest monarchy in the world, this building is particularly special and holds so much royal history. You can spot the Royal Guard on duty and if you happen to be there around noon, you’ll be able to witness the changing of the guards.

Hopefully I’ll be able to go back to Copenhagen one day and visit those two treasures.

The postcard picture of Copenhagen is most definitely Nyhavn. The old port with the brightly colored houses is world famous. In the past this was a very busy commercial docking place, but now this place is filled with restaurants and people sitting at the quayside. The atmosphere is just really lovely and can’t be missed.

One of the most peculiar places in Copenhagen is by far the neigborhood Christiania. The Freetown of Christiania – a self-proclaimed autonomousanarchist district – was founded in 1971 by a group of hippies. Today there are still about a thousand people living there, most of which have built their own homes.

Upon entering the district, you are immediately overwhelmed by the smell of hash and pot which can be bought on Pusher Street from various stalls. The area is often described as dodgy, but if you don’t go around taking photographs or draw a lot of attention to yourself, you’ll be safe. I never felt unsafe but I must admit that it was so odd to see drugs being sold openly like that. 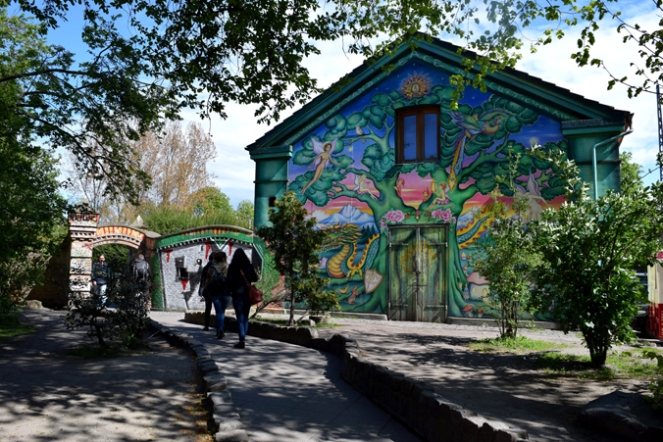 And that concludes your two day citytrip in Copenhagen. I of course did a few things more squeezed inbetween, but I don’t really consider those things highlights. If you want to know about those extra sights, let me know and I’ll give you my full itinerary.

Copenhagen is a perfect destination for a short citytrip with many indoor options if the weather isn’t always at your side. I really loved this city and hope to go back one day to see the few sights I wasn’t able to squeeze in anymore.