The Mekong Delta. The name alone already suggests its grandness. A giant river that splits into more rivers, canals and streams than one can count. It’s more than just beautiful, lush nature. It’s an area filled with economic activity and Vietnamese culture, bustling with people from dusk ’til dawn.

So we took out two days to explore this region, hoping to find out more about life on and around the Mekong Delta.

With an area of over 30.000 square meters, the Mekong Delta offers a lot to explore. Most of the delta consists of rice fields, making it one of the ‘rice bowls’ of Vietnam. About 30% of the country’s crops are grown there.

Since we only had two days to experience this bustling region – and I just couldn’t figure out how to best visit it on our own – we decided to once again book a guided tour with Sinh Tourist.

We were expected at the Sinh Tourist office at 8 in the morning. A three-hour bus trip later we arrived in the city of Ben Tre where – after a quick bathroom break – we boarded a motorboat.

For over an hour we cruised through the beautiful rivers and canals of the Mekong Delta until we arrived at a coconut farm. There we were shown the process of making coconut candy and then got to taste some tropical fruits while people sang some traditional Vietnamese songs. It probably couldn’t get more touristy than this.

The tropical fruit didn’t really fill our bellies, so lunch was next on the programme. After a short walk we arrived at a farm where we got fresh Vietnamese spring rolls with Elephant Ear fish -weird mean looking thing-, fried spring rolls, and all kinds of other delicious food. Yum!

A short Tuk Tuk ride later, we were back at a smaller canal where we were led onto a small hand-rowing boat. Add some conicals hats and it was picture perfect Mekong Delta. Sadly it only lasted about fifteen minutes so it was more a tourist attraction than anything else. Still it was one of my favorite moments of our trip.

And then it was back on the bus and off to check into our hotel for the night. We stayed at the Vanphat Riverside Hotel **** which was nothing special but nice enough and clean. There was also the option to stay at a homestay but we forgot to ask for it while booking which was pretty stupid of us.

Dinner that evening was also at the hotel and we once again got a variety of all kinds of foods with of course rice as the main ingredient. I wouldn’t have wanted anything else – being in the ‘rice bowl’ of Vietnam.

After dinner, we had the option to head to the Ninh Kieu wharf in Can Tho or just go relax at the hotel. We obviously chose the first one. This was the perfect place for an evening walk as there was basically nothing around the hotel. Every day Can Tho has a night market where people sell all kinds of things. It’s not big at all but it’s nice to just check out some crafts. On the wharf itself many locals gather to enjoy the atmosphere. It’s definitely worth it to go check it out. 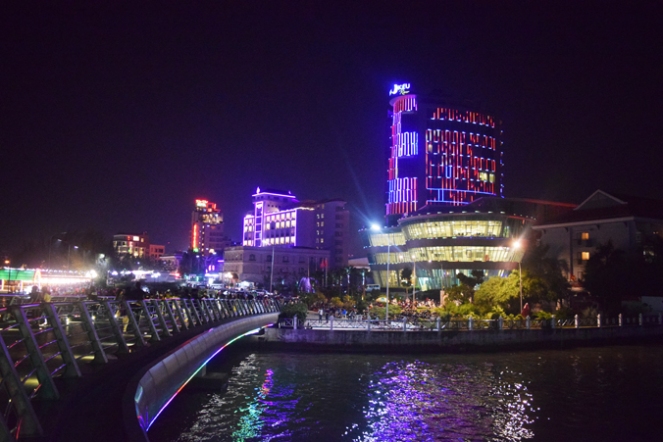 The Cai Rang Floating Market starts off really early in the morning, so accordingly we got up early to go see the biggest and most colorful floating market of the Mekong Delta. When I heard ‘biggest’, my mind was immedialy making it ‘gigantic’, especially since the Mekong Delta encompasses such a large region. But I must say I was quite disappointed. There weren’t that many boats selling goods and all I could see were the orange lifevests of tourist boats. Bummer. Maybe we were already too late after all. So either go earlier, or don’t expect too much of this part of the excursion. 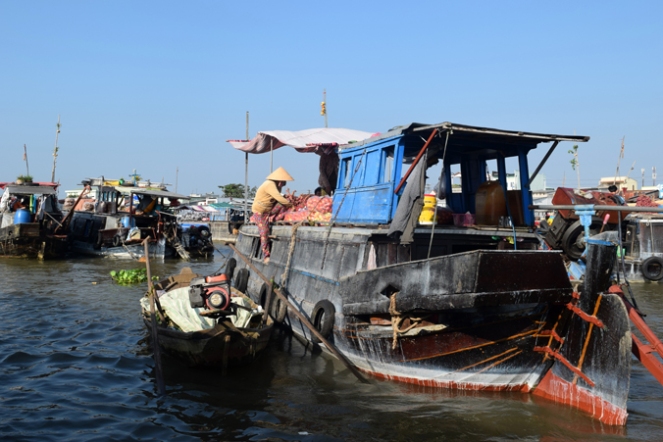 Luckily there was an unexpected extra activity included in the trip to wash away the disappointment of the floating market. Our guide took us by bike through villages to a closeby Mangrove. Even to his surprise there was some sort of exorcism ritual going on where a woman was trying to replace the devil by the tiger spirit. It was quite a sight to behold and very weird to witness.

And then it was back on the bus, direction Ho Chi Minh City. Along the way, we made one more stop; Vinh Long Market. This was a very large market which seemed to cover an entire village center. Mostly it was just food being sold but I’m sure you could find whatever you wanted if you just looked for it. I was sad we didn’t have more time to discover it all. It was pretty special and it appeared to be the least touristy place we did on the entire tour. 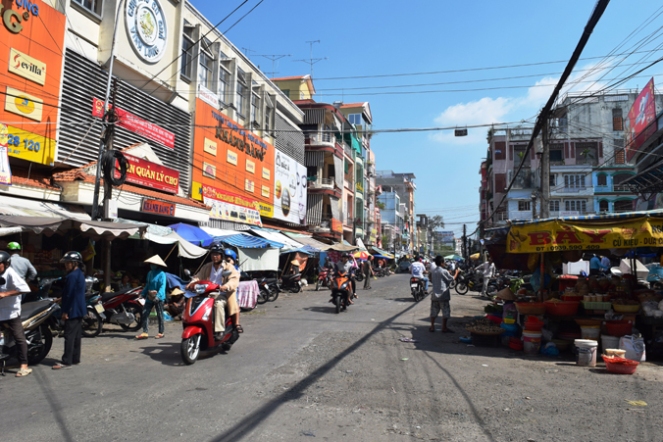 While the Mekong Delta area is so big, most of the tours head for the same places. So the autenticity of it all fades a bit when you’re surrounded by hoards of tourists. Yet, it’s still an area you can’t skip when travelling Vietnam. If you’re able to work it out, I can only recommend going without a tour so you can experience it better. But even in group, it’s worth it. And then Sinh Tourist definitely is a safe option.

Sinh Tourist offers two-day trips to the Mekong Delta every day. We paid only about 44 dollars for this trip (Booked it the evening before departure which made it cheaper). This price included a night at a four-star hotel, one lunch, one dinner, one breakfast and of course all activities (except for the bike which was 50.000 dong).

3 thoughts on “Two day Mekong Delta Tour with Sinh Tourist: Touristy but worth it”

BLM!!! #blackouttuesday
One year ago today I was enjoying a slice of carrot cake and a cup of tea while admiring the beautiful view on #StPaulsCathedral, blissfully unaware of how different our lives would be right now. Life was better then, but I'm hopeful that by working together as one group of people, no matter race, religion, sexual preferences or other differences, we'll be able to overcome all struggles! We're in this together! Here's to the future! 🥂
Oh someone please take me back to times where I wasn't anxious about when we'd finally be allowed to travel and marvel at gorgeous views like these...🏞️ I miss the carefree, overjoyed feeling I have when traveling. I miss meeting new people from all over the globe, even if it's just for one evening. I miss the excitement of looking forward and counting down to a trip. But mostly I miss being in awe of earth's beauty and wonders of nature. 😔 I realize I've taken all of the above too much for granted and haven't appreciated it enough. We're at war with nature now, and more than ever we should work together to find a way to live in harmony and protect our precious environment. Save water, consume less, reduce waste, avoid toxic products,...🚫 There are many small things that can be done that have such a big impact on our planet's health. We shouldn't wait until it's too late. It's time to act now, or this pandemic could end up being the least of our worries...
Oh how this hurts. Right now I was supposed to have just landed in the beautiful city of #Lisbon. In the best of form and 100% ready to tackle the triathlon challenge in two days. Instead I'm at home, hating the everliving shit out of our current situation. Fuck you #covid19 !
March into April, April into May. Time ticks on, merciless. But I'm so happy that here in #Belgium we're allowed again to drive a little distance to a #park or forest to exercise. 🌳 I've missed the view on this beautiful #basilica and consider myself lucky to have places like these nearby. Starting this Sunday we'll also be allowed to see a maximum of four other people, which sounds like music to my ears. After almost eight weeks of lockdown on my own, I've been craving some social interaction! I just hope that people won't take advantage and do more than is allowed. I just can't see how I'd cope with going back a step... Anyway, hope you are all safe and will remain safe! We've already gotten so far, so let's continue to stick together and beat this awful virus together 🤗
Five years ago I was now on my way to the beautiful city of #Amsterdam 🌷 for a two day getaway with some of the best people in my life. While a #throwback 🔙 usually makes me long for the prospect of revisiting cities and places, I'm now so much more counting down to the time I can just meet up with my friends again. 😔
%d bloggers like this:
%d bloggers like this: