On the fourth day of my trip to Stockholm the sun was once again accompanying us, so it promised to be another beautiful day.

We headed out early to catch the first boat that left from the City Hall at 9:30 am to Drottningholm.

This boat is an old steamer that takes you from Stockholm city center to Drottningholm in about 50 minutes. There is an outside deck, but you can also sit inside and even have lunch or dinner on the boat on particular hours.  With the Stockholm Card you get a discount of 65SEK, so that leaves 135 SEK to pay for the trip.

We really enjoyed the boat trip, as you could see another, greener, part of Stockholm this way. The only negative thing was that there was a lot of wind on deck (which we didn’t have on the way back) so if you’re taking the boat, make sure you have something to protect you from the wind. 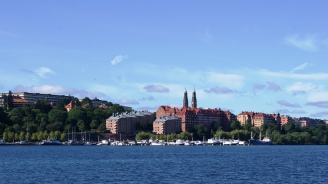 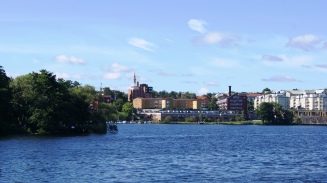 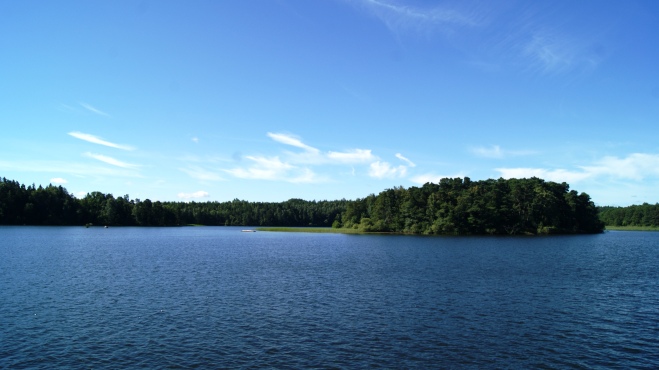 The arrival at Drottningholm by boat is really lovely as you get to see the palace in all its glory appear slowly. Drottningholm is the current residence of the royal family of Sweden. There is of course the Drottnignholm Palace, but you can also walk around in the garden, visit the old theatre (which is on the Unesco list) and the Chinese Pavillion. 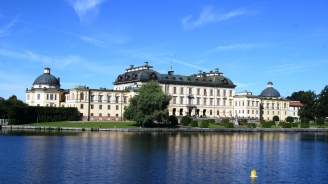 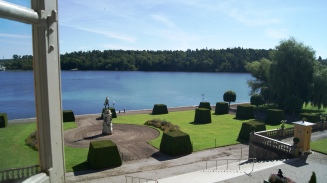 We started with a visit of the Drottningholm Palace. Once again, it’s a royal palace which I’ve seen many times before so by now I’m starting to get immune to the grandeur. There are a few really gorgeous ceilings though, so I don’t regret going all the way there to see it.

Entrance for the Palace is 120 SEK, but it’s also included in the Stockholm Card. 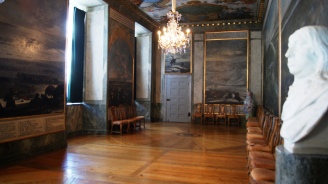 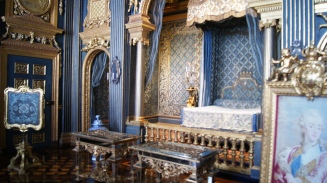 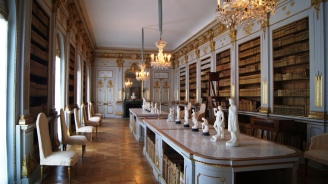 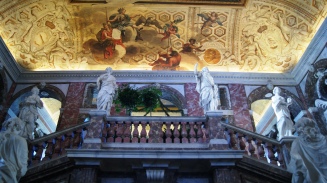 What I liked most about Drottningholm is the garden. You get such a lovely view on the palace from there, and it’s just lovely to sit for a while. 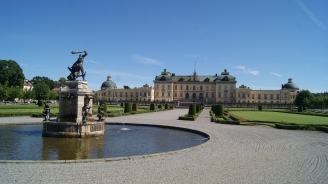 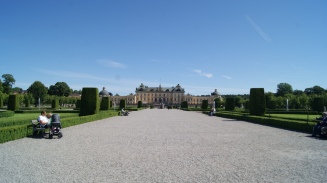 On the right side of the palace, you can find the Palace Theatre. This theatre dates from the seventeenth century and is the oldest theater that still uses the old equipment. This is the reason why it’s on the Unesco list. You can only visit this theatre with a guided tour, which leaves once every hour and takes about half an hour. There is an extra fee of 100 SEK, but once again, it’s free with the Stockholm Card.

You can’t take any pictures inside, but don’t expect lots of decorations and gold. It’s quite a sober theater, but nonetheless it’s worth to see it since it’s just so old and the atmosphere there is so different from any other theater.

Next we headed to the Chinese Pavilion, which is situated all the way back in the gardens to the left side. This palace was built in the eighteenth century by King Adolf Fredrik as a birthday surprise for his Queen. It contains one of the finest European rococo interiors with chinoiserie. Nonetheless, this was probably the biggest disappointment of my trip. There wasn’t all that much to see there, while the entrance price is quite high (100 SEK). Luckily it was included in our Stockholm Card because otherwise I’d feel a bit robbed. 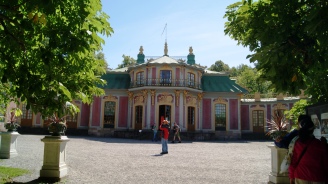 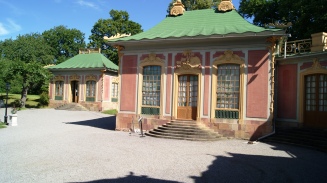 After enjoying the gardens for a bit longer, we headed back to the waterside to take the boat back to the city center. Next on our agenda was a visit of Skansen. Skansen is the world’s first open-air museum. It was opened in 1891 and shows many old houses and buildings which were used all through history in Sweden.

It’s a great place to walk around and see how people used to live. There is also a zoo where you can spot reindeers, elks, wolves, bear and many more Scandinavian animals. 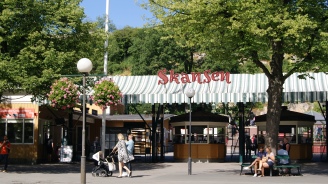 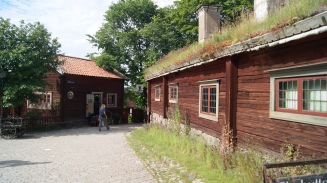 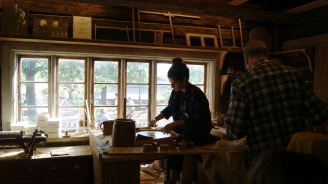 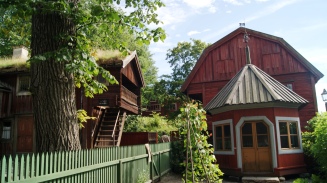 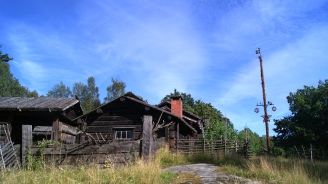 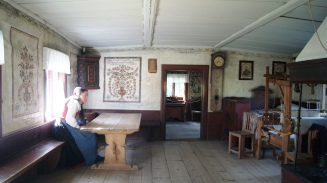 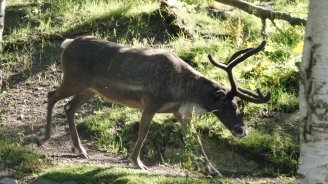 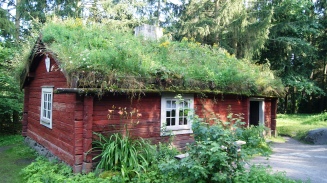 Apart from Skansen itself, you also have Skansen Aquarium. There you can walk between lemurs, see many reptiles (and even touch a snake and a tarantula if you like) and spot my favorite animals; meerkats! 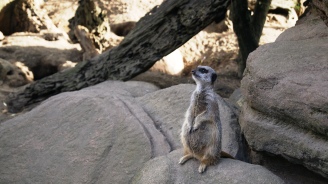 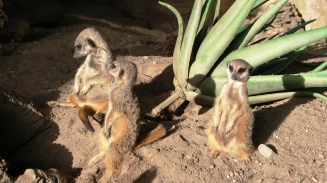 For dinner, we headed back to Kungstädgarden where TGI Friday’s is located. And this was probably in some way the worst decision ever. We had to wait over an hour for our food while the lady at the entrance had said there were only five groups of people before us and we’d definitely be seated in thirty minutes. We had already seen many more people being seated before us, and whenever someone else who was also waiting went to “complain” they immediately got offered a seat. And yes, when I went to “complain” after an hour, surprisingly there was a table available instantly. (A table which had been available for well over half an hour as we could see it from where we sat)

Luckily the food was really good, otherwise, I’d be one pissed girl at the end of that evening.

For our last evening in Stockholm, we also wanted to do something special, so we had booked a 45 minute entrance to the Absolute Ice Bar of Stockholm. For 195 SEK (booked online!) you are allowed inside, get a big, warm poncho to protect you from the cold and get one cocktail in an ice glass.

This is a really nice experience, and I’m so glad that I did it. I wouldn’t exactly do it again as it’s quite pricey, but I just had to have done it at least once. 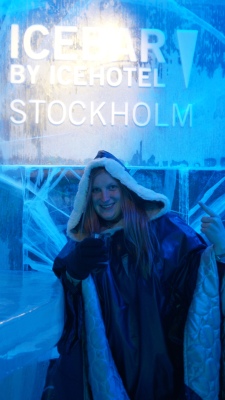 And then it was time to head back to our hotel and start gathering our belongings as we would have to check out by 11pm latest the next day.