On the morning of our fourth day in the great city of New York, we headed immediately for the Top of the Rock at Rockefeller Center. Unfortunately, because of falling ice from the top of the building, we couldn’t go all the way up the 360° Observation Deck. We could see the entire view from inside on the 80th floor, but I’m sure that isn’t exactly the same as having the 360° view from the top. Luckily, we could still go outside on a little balcony to get a better view on Downtown Manhattan.

We stayed on the Top of the Rock for well over an hour, knowing that it would be the last time we’d have that amazing view on New York. When we finally were back down, we first visited the Lego store in Rockefeller Center just because it’s a pretty cool store. Then we walked over fifth Avenue and 43rd St towards Times Square, so we could see it once during daytime as well. I hadn’t expected it to be so impressive during the day, but even when the sun is out, the big lights stand out on the square. Plus, Mickey  (and a minion!!!) was there, so all was well in my world for a moment. 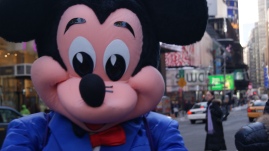 After Times Square, we followed 42nd street, passed Bryant Park where we enjoyed the sun for a moment, and then went to the New York Public Library. This building is definitely worth a visit because of the beautiful ceilings and just the grandeur of the library. You can see lots of people working and I couldn’t help wonder if they actually got some work done with the tourists wandering around.

We continued down the street towards Grand Central Terminal. This is not only the biggest terminal of New York; it’s also a very beautiful building. And for the Apple fans – just like me! –, there is an Apple Store in the building as well. It’s not as pretty as the flagship store on Fifth Avenue, but it’s a lot calmer so you can actually take a look at the products and ask a question at the staff. On top of that, if you’re looking to actually buy a new Apple product, it’s more likely that they still have the one you’re looking for in the Grand Central store. In the flagship for example, they quickly run out of simlock-free iPhones. 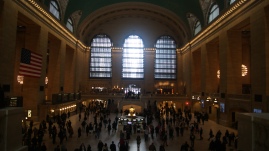 After making the decision not to get myself a new iPhone – even though mine doesn’t work anymore (so yes, I regret not getting a new one now) -, we continued towards Union Square. We walked past this “little” building there, which you can see from so many places in New York. To be honest, the Chrysler Building is one of my favorites, just because it’s so unique. We also passed Macy‘s – the largest store in the world (so I had to enter!) – Madison Square Garden and the Flatiron Building. 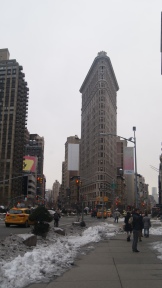 On Union Square there was a Barnes & Nobles, and the book geek in me couldn’t stop from going inside and taking in the atmosphere at an American bookstore. On the square itself, there was a biological market going on, which was really nice to walk through.

From Union Square we took the metro to go to the museum mile. We walked to the Guggenheim, just to see the outside architecture. Unfortunately, we didn’t have enough time to visit the museum as well.

Our last stop for the day was The Metropolitan Museum of Art (or short ‘MET’). This museum is one of the ten largest art museums in the world with a collection of over two million works. Considering the weather was still nice outside, we kept this for the evening when it was already dark outside. We’re not really art freaks, but do enjoy seeing certain objects with history, so instead of taking a look at every object in the museum – which is impossible in a couple of hours to be honest – we just walked through every room taking a general look at everything. This way we were able to see almost everything, although not in detail. 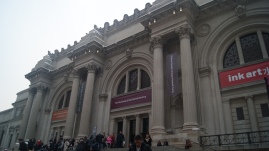 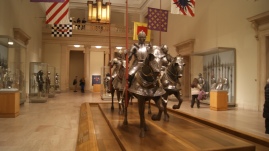 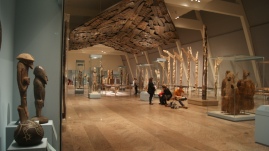 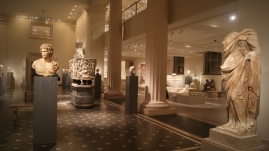 And that was the end of our Saturday in New York. Another successful day and I was sad that our trip was already over halfway.